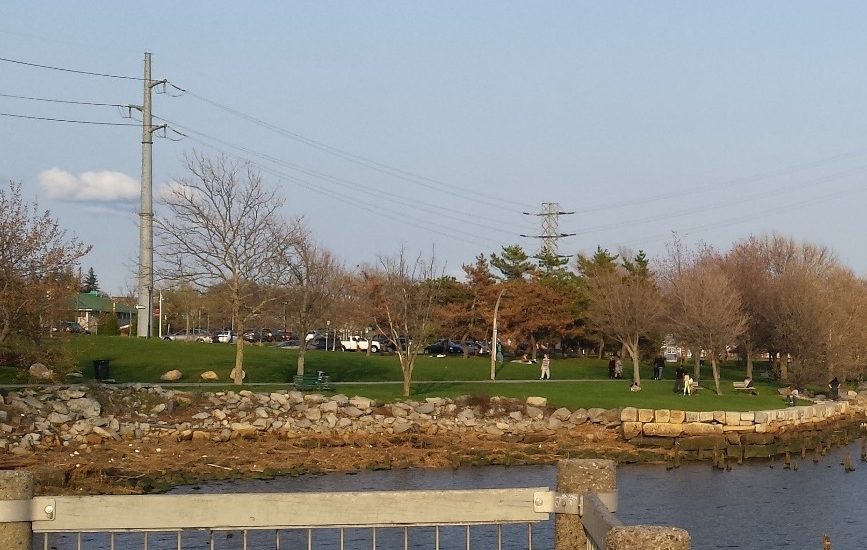 Burying the 100-year-old, high-voltage power lines on the Providence-East Providence waterfront will benefit Rhode Island for generations to come: residents and visitors alike will enjoy the natural beauty of our waterfront parks at the Head of the Bay unspoiled by the blight of high-voltage overhead wires.

And burying them will provide multiple long-term benefits by increasing tourism, economic development, property values, and the tax bases of both cities, as other cities and states that have buried waterfront wires have discovered.

The Board’s decision would make the overhead wires more conspicuous than ever by relocating them over the Linear Park Bridge across the Seekonk River adjacent to I-195 where they would obstruct the Ocean State’s water views that 60 million people a year pass by.

Friends of India Point Park joined the City of Providence in asking the Rhode Island Supreme Court to overturn the Board’s decision. The Court heard our appeal on February 1, 2022, and will issue its opinion soon. At stake is nothing less than the future of our waterfront: will massive towers and power lines leave an industrial scar across the face of Providence for another 100 years?

Imagine our waterfront parks at India Point, Bold Point, and the Linear Park Bridge over the Seekonk with unobstructed stunning water views!

Please join our fight with your contribution.